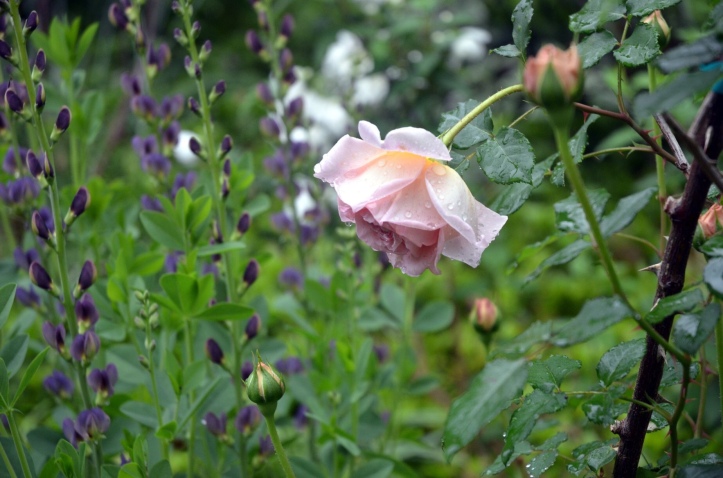 I have always tossed my coffee grounds into my garden beds. Especially my roses. I use it as an ingredient in my “Rose Smoothie” which is a mushy smoothie I make with old banana peels and water to pour around the base of my roses during the spring and summer. I learned about this from great aunts and grandparents when I was little. It was also mentioned in some of my favorite vintage gardening books.

But I also toss my coffee grounds into my flowerbeds regularly anyway no matter what time of year. Especially around the base of my roses  . Even during the winter, just like when I rinse out milk containers, I toss that out as well unless it’s chocolate or otherwise flavored milk.

Another thing I do with my coffee grounds is add them into our compost contraption. Along with things like egg shells. Coffee grounds have lots of uses, just look at this online poster of sorts I found and I will note that I have never seen coffee grounds repel pests or slugs: 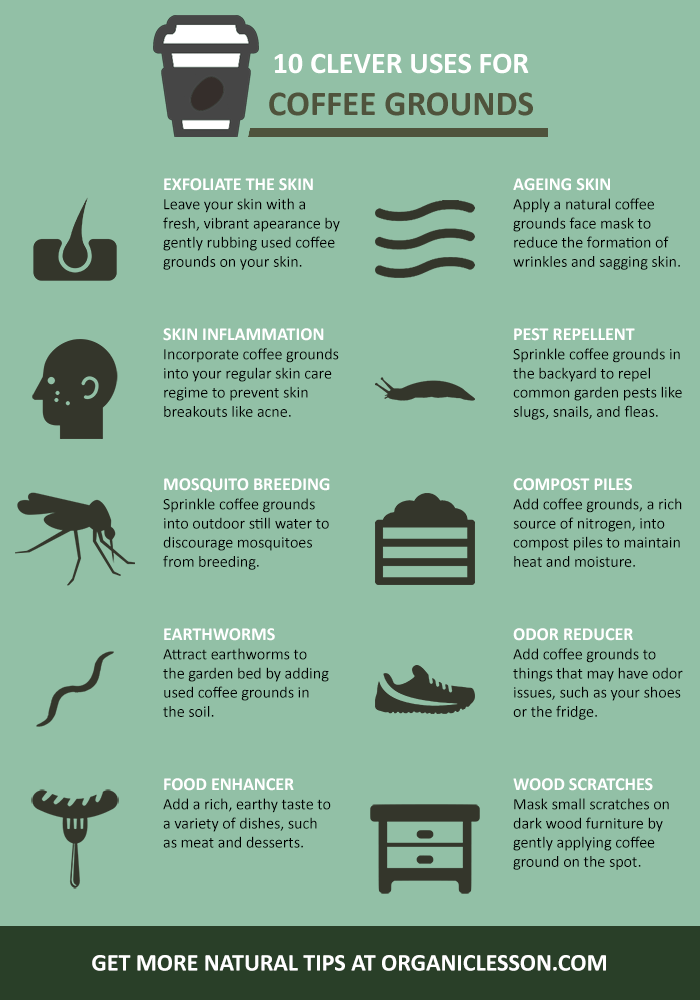 I rarely pass a Starbucks store without going inside. My ardent devotion is not due to a FrappuccinoTM dependency (though I have begun to savor a refreshing iced vanilla latte as an afternoon energy booster). My frequent visits to Starbucks are not motivated by a craving for caffeine, but instead by a desire to gladly haul away the coffee purveyor’s garbage. I am adamantly addicted to gathering used coffee grounds as a soil amendment for my garden beds. Starbucks is more than willing to be a codependent enabling partner in support of my habit. Since about 1995, Starbucks stores have made thousands of pounds of used coffee grounds available at no charge to gardeners.

If I were somewhat more of a romantic poet, I would surely write odes and recite amorous sonnets with mandolin accompaniment to praise the many virtures of used coffee grounds. Coffee grounds are just about the most perfect organic additive that any gardener might find to “perk” up a listless garden!

Starbucks. Yep. A lot of their stores give away their coffee grounds. A lot of people don’t realize that. Truthfully I had forgotten about it, because I always have grounds of my own. But I might hit them up for some coffee grounds because it also does things like helps break up soil that’s a little tough and full of clay.

I called a local Starbucks this morning to find out if they gave out coffee grounds. I spoke to a shift manager who said yes they do and it seems like they do it towards the middle to end of each week. He suggested calling and asking for grounds because he said there are a few people that will literally come in and clean them out all the time.

The Devon Starbucks at 851 W. Lancaster Ave (aka Route 30) also distributes coffee grounds, but like Exton they ask that you call and they will make you up some bags of grounds. (610-688-2460)

I don’t know if other coffee shops or breakfast and lunch places also will do this, but if there’s a place you patronize, it’s worth giving them a call and asking. After all, what is gardening gold to us, is garbage to them, so why not ask?

Coffee grounds are only slightly acidic, so really you’re not going to make your whole garden acid by tossing out some grounds every now and then. That is a misconception. I would however caution you as using this as your only mulch because it’s very fine, which means it will compact easily. Coffee grounds slowly decompose and the amount I’m tossing in is small. If I am accumulating coffee grounds and putting in a lot of them, as in more than one or two French Presses worth of grounds    , I kind of spade it in. Because coffee grounds slowly decompose it’s not an instant fix, but it enriches your soil over time  . I also drink looseleaf tea and if I make a whole pot I will toss the used tea leaves into the garden as well. 

We can all do our bit to help the planet  , and this is something I use in my garden and I always encourage people to use old coffee grounds in the garden. I thought of this this morning because I was tossing out the coffee grounds from my French Press around the climbing rose bush by my front door  . 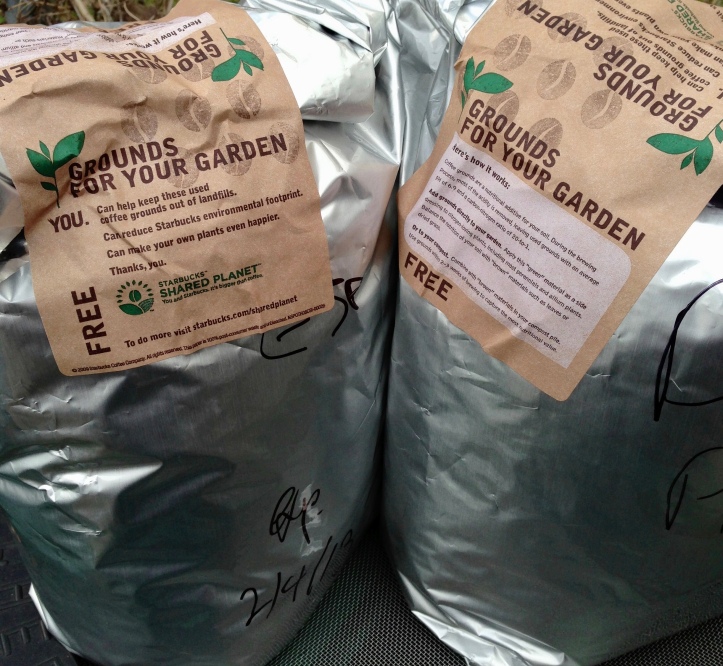